This coming September will be the 20th Anniversary of the Anthony Renzulli Band. It is also the 10th Anniversary of me recording music at Sine Studios in Philadelphia. I've decided to celebrate both Anniversaries by putting out a full length album titled "MAD MAD BLUES".

I approached the record the same way as when I first started this journey way back in 2002. I played all of the instruments except for Piano and the Bass guitar. It consists of 10 songs and it was recorded solo acoustic in the genre of the 1930's Delta Blues. There are also songs with a full band that fit the more modern style of Blues Rock. There are two covers on the album and the rest are all original songs. One of the covers will be of Robert Johnson's "Dust My Broom" (the Elmore James version of the song) and Robert Johnson's version of "Walkin' Blues". The album is currently being mastered and being scheduled for release shortly after.

The photos below were taken at the Sine Studios building in Philadelphia on April 27, 2022. They are outtakes from the photo shoot for the album cover and promotional photos for the record. All photos were taken by Mike Lawson. 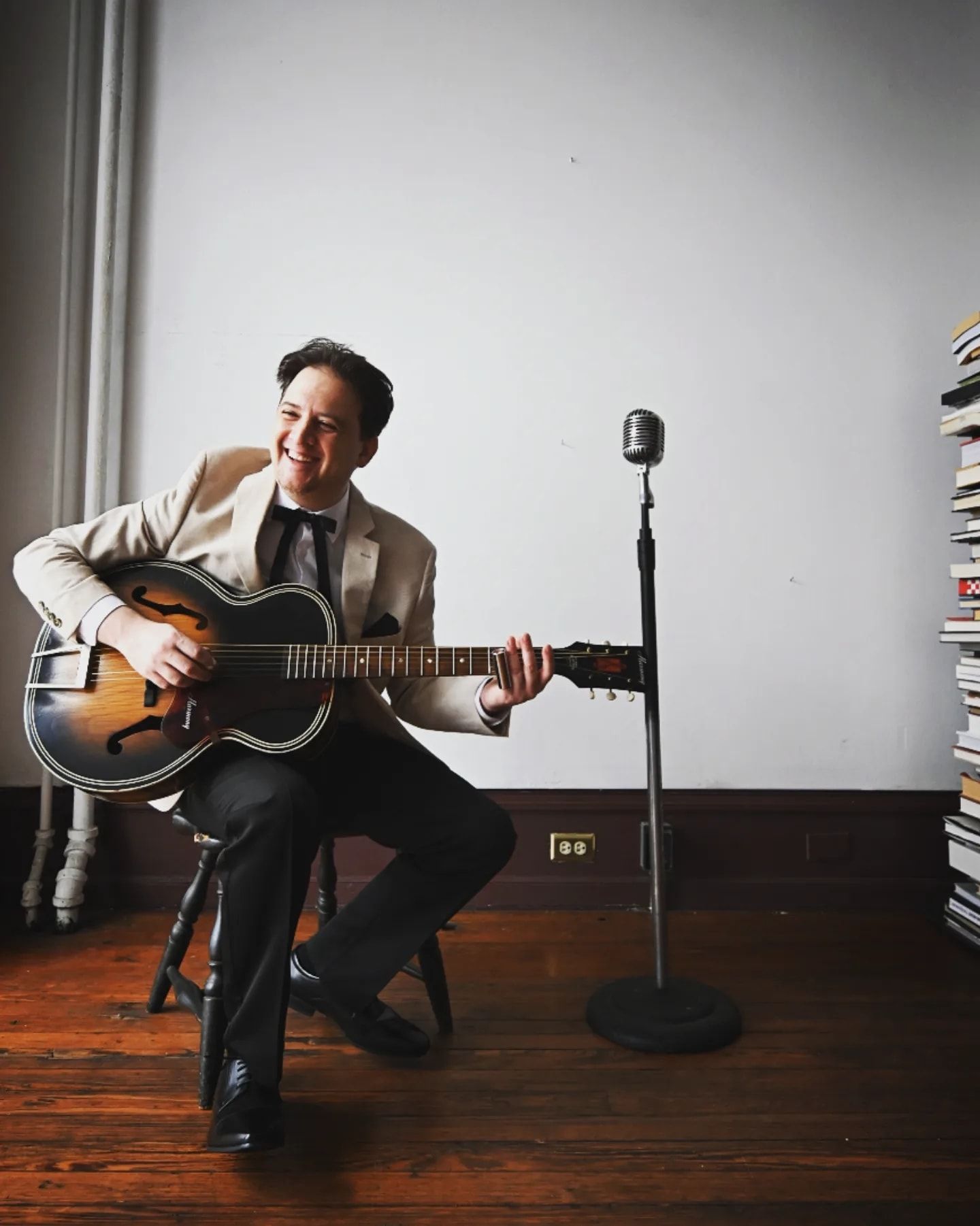 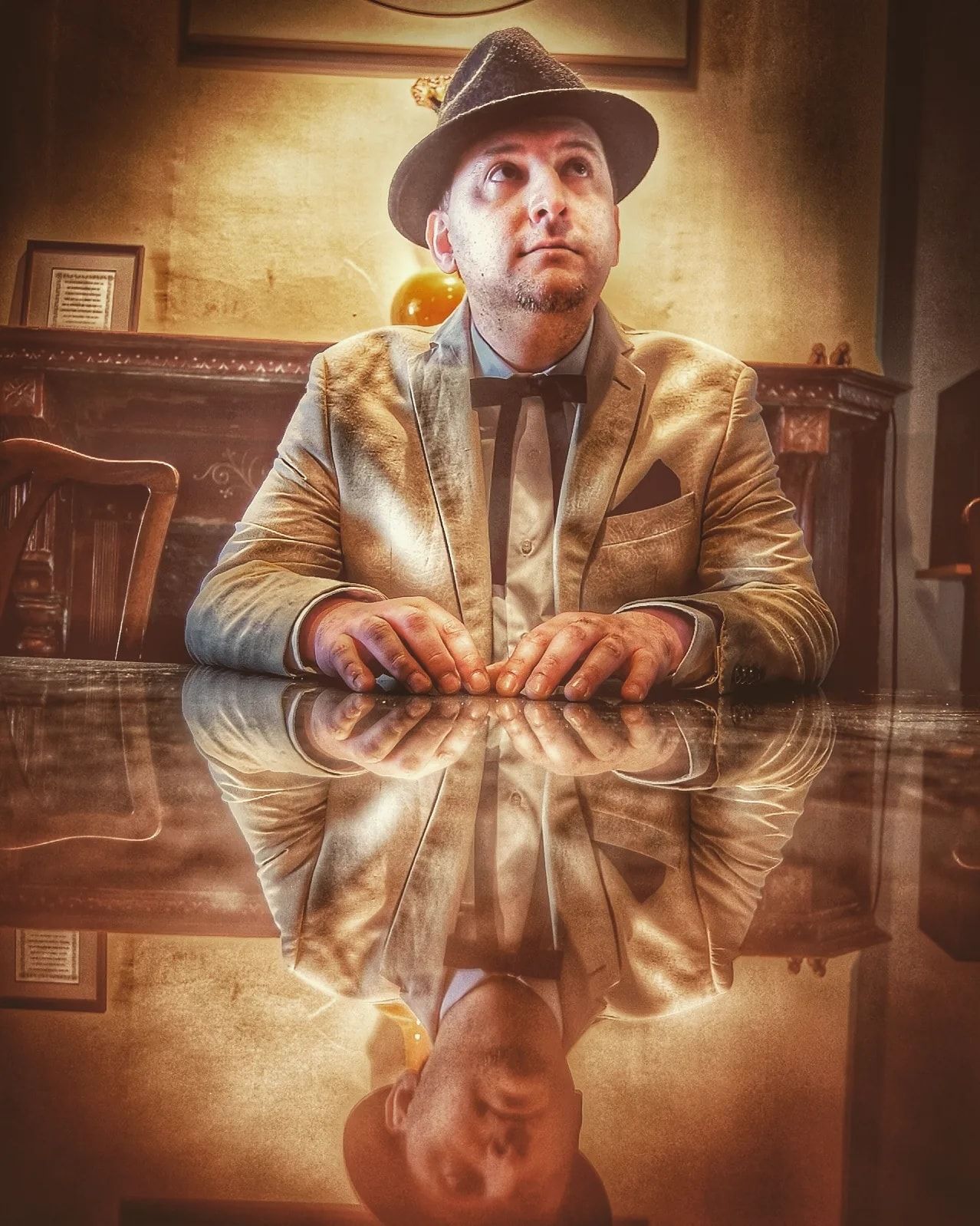 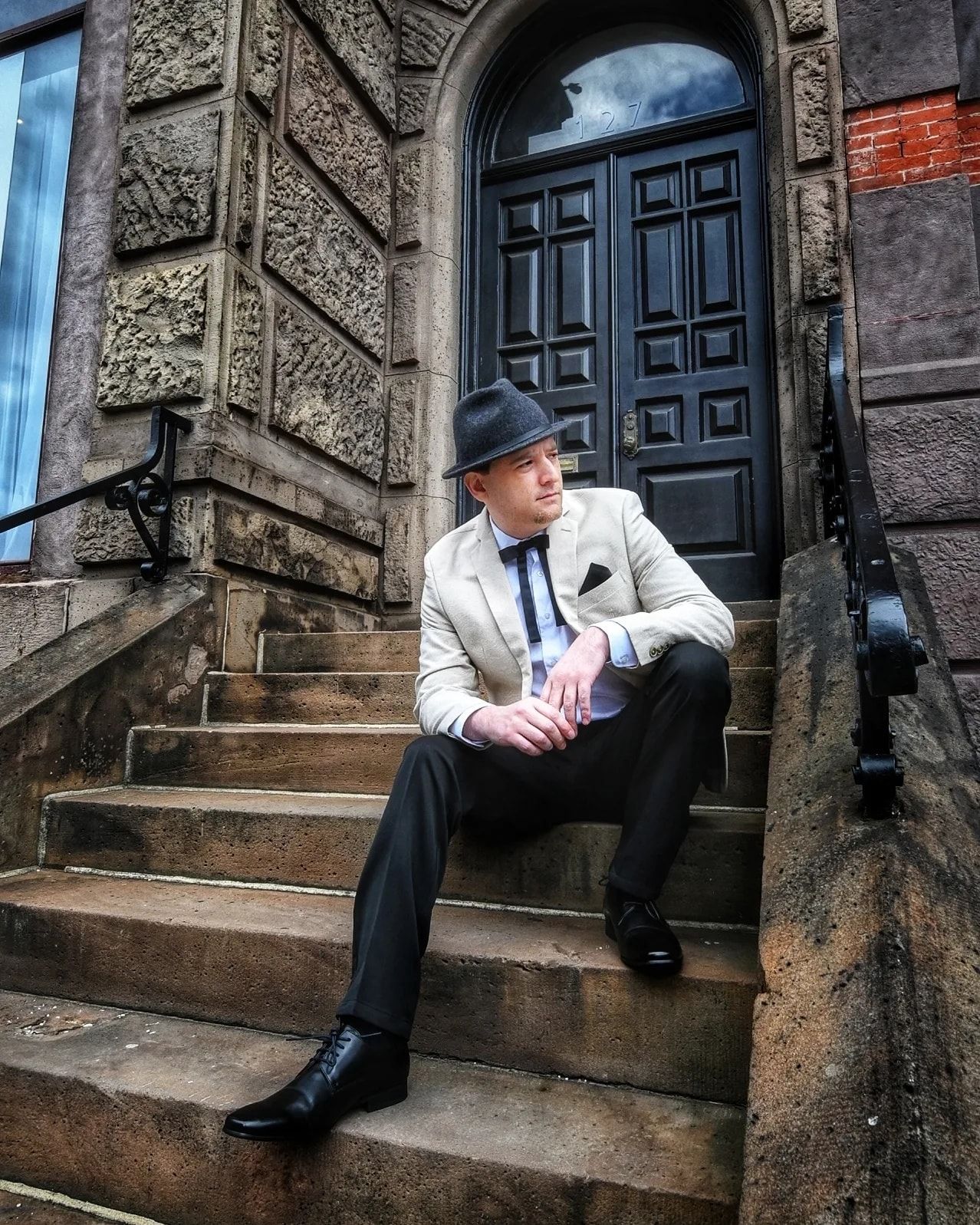 Most people know but many don't. I have been repairing, building and hot rodding all kinds of guitars (vintage and modern) for many, many years. It brings me great joy repairing things (mostly guitars). When I'm not writing or recording, I am doing that. Pictured below is myself with Rogers Stevens, lead guitarist of Blind Melon. While my album is being mastered, I had plenty of time to work on his guitars. They play fantastic with tons of Mojo! It was a real honor. Also, it is my favorite combination; a Strat and a Les Paul.
Have a look below... 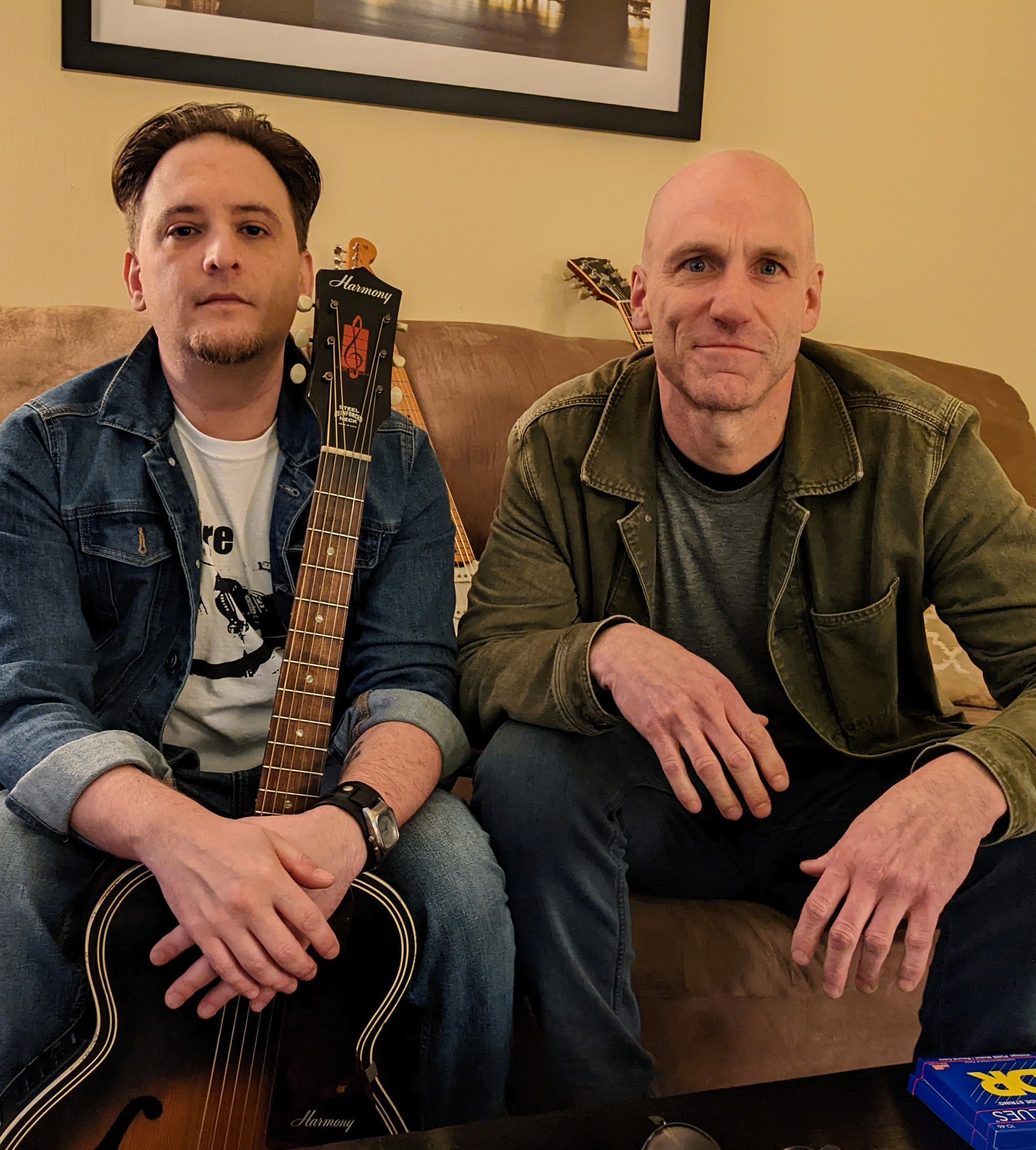 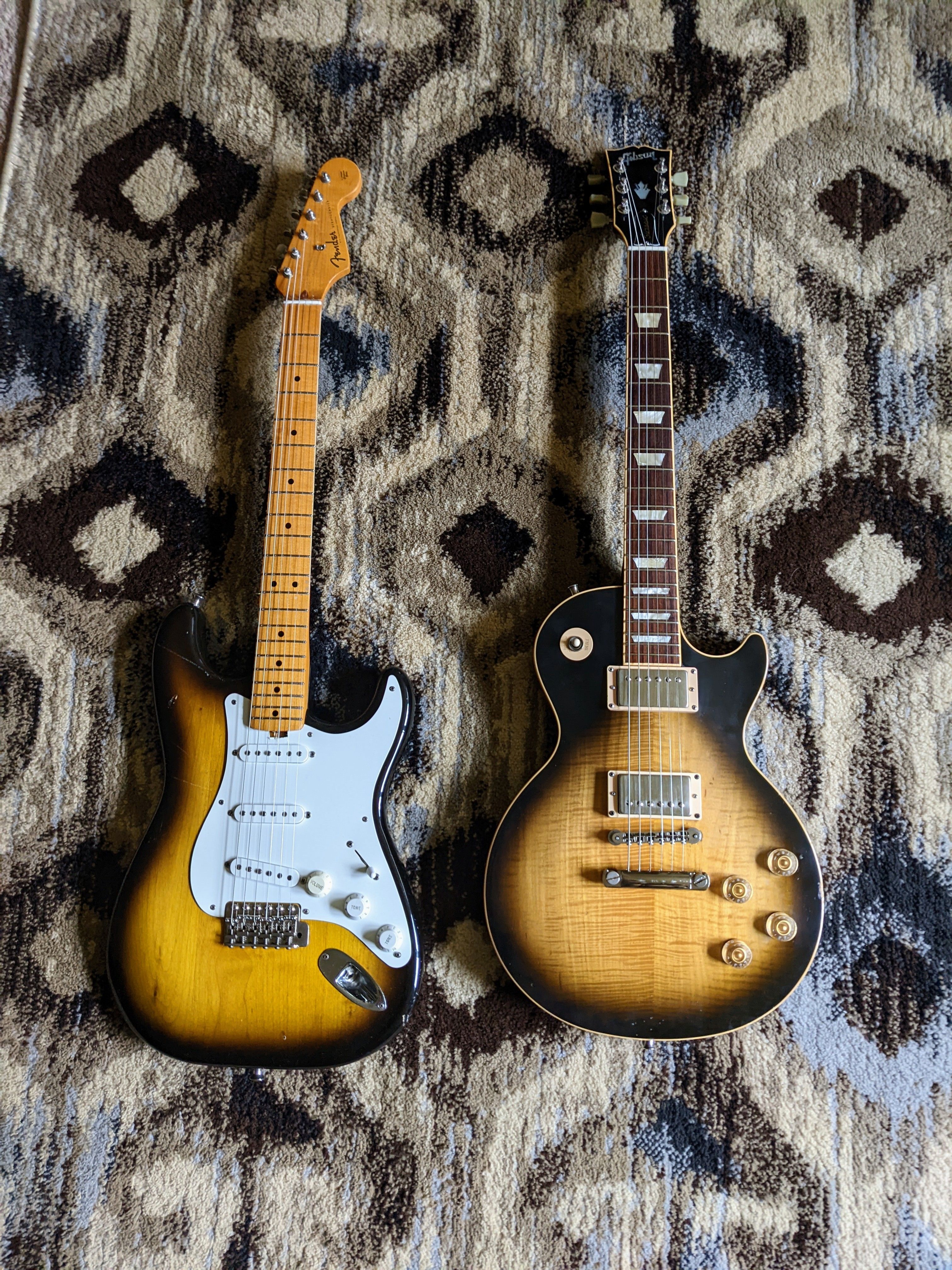 Spent the evening at Sine Studios in Philadelphia for a final listen of the Mix. Everything sounded great so, now it is off to be Mastered.
More details soon. 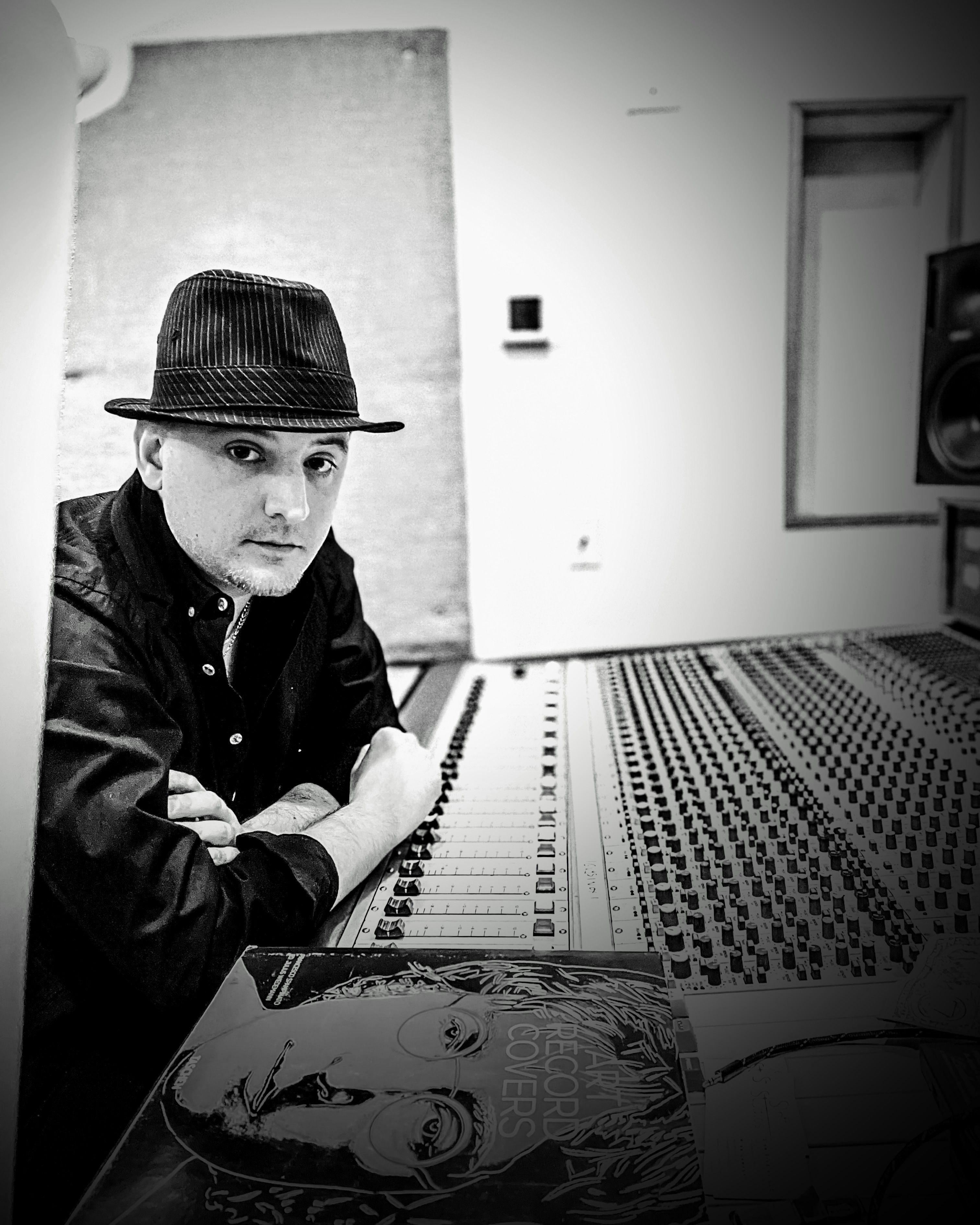